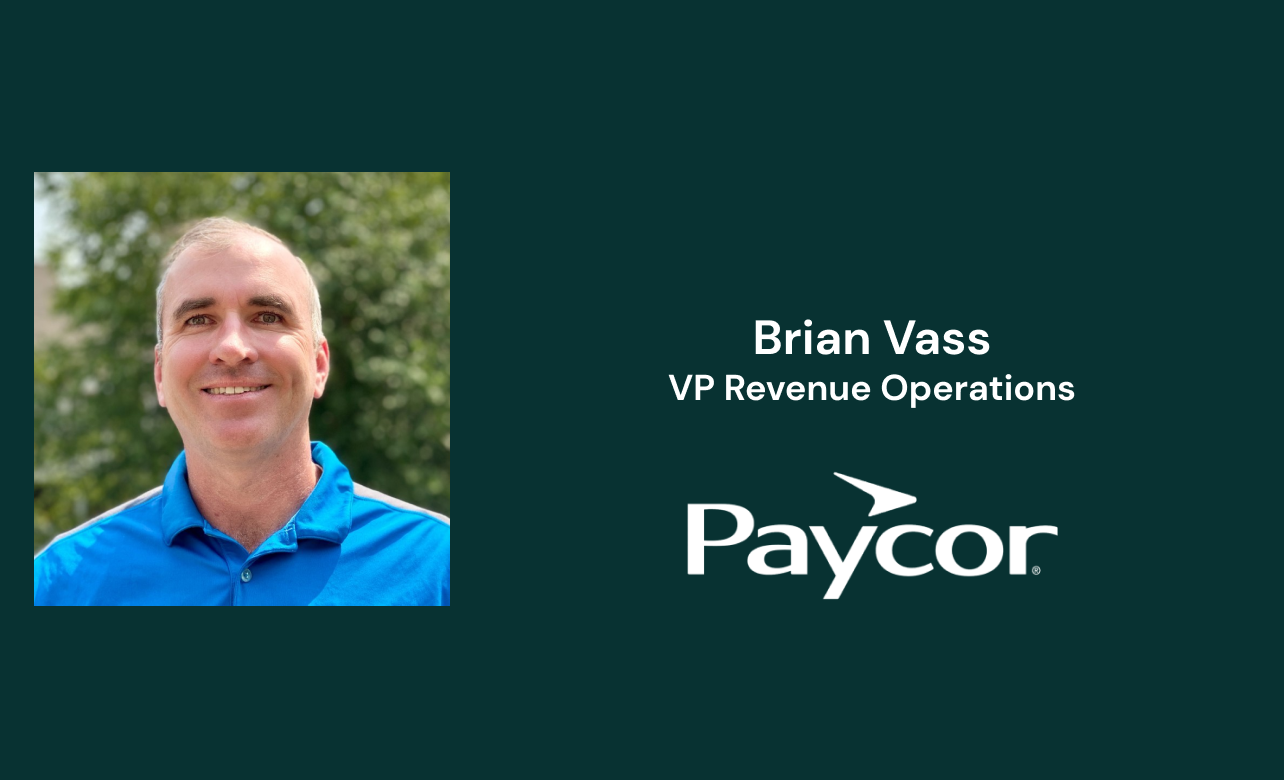 matt (RevOps Co-op) : Hi Brian, welcome and thanks so much for spending a little bit of time with us today to talk about this topic - let's start with an introduction.... Tell the crew here about yourself and about Paycor.

Hi everyone! It's Brian from Cincinnati. I currently lead RevOps for Paycor, a high-growth HR tech company. I've been with the company for 7 years in a few different roles. Love RevOps and look forward to chatting today!

matt (RevOps Co-op): 7 years is quite the tenure and I'm sure you've seen a lot in your time there - How many different roles have you held in your time there? And when did "RevOps" start to get talked about and implemented officially within the org structure at Paycor?

How have you seen build out of the team change? Are you hiring differently than you did 7 years ago?

matt (RevOps Co-op): Great question! Brian, how has your hiring changed, if at all?

7 year ago we were hiring for basic Salesforce and marketing automation knowledge. Today, that's still important, but we're looking for strong data analysts that can take raw data and translate it into meaningful insights. That can be hard to find.

When I joined, the company didn't have much sales/marketing tech and sales ops wasn't a formal function. I had the opportunity to build our tech stack from the ground-up, standardize reporting, and start building a centralized sales & marketing operations function. Over time I led the marketing team and then moved into a full-time operations role. We created a formal RevOps team about 6 months ago to drive alignment and position our company for future growth.

matt (RevOps Co-op): How did that shift to RevOps go and what was your starting point? Did you have siloed ops up to that point (e.g. marketing ops, sales ops, CS ops)?

Good question Matt! We had a centralized sales/marketing operations team, reporting was all done in finance, quotas/comp was also in finance, sales engineers/deal success was siloed, and sales enablement wasn't really a thing.  We brought all of that together in one function to drive alignment. I report to our CRO along with sales and marketing leadership so we're all on the same page.

matt (RevOps Co-op): I'm also curious about what drove the move to a centralized RevOps model at Paycor? Was there some triggering event?

Triggering event was the hiring of our new CRO. He's very data-driven and is a strong advocate for sales/marketing alignment (as am I). He quickly realized the de-centralized approach wasn't meeting his needs and we started pulling everything together under the RevOps umbrella.

matt (RevOps Co-op): Brian, that sounds incredible - sounds like you basically had a clean slate to start from, so where did you start then? Did you first look at the tech stack? Or people? Or maybe process?

Started with the business outcomes in mind -- single-source-of-truth for data, real-time reporting, accurate forecasting, marketing attribution, etc. I knew Salesforce and Marketo would meet our needs from a platform perspective so we started there. Lots of process creation and improvement along the way for things like lead routing, deal submission, and more. Then we had to hire the right people to help us execute.

matt (RevOps Co-op): How many people did you ultimately move into your RevOps team then? And what were the first roles you hired for?

I have 40 people on the team. Approx half are sales engineers. My first hires were a strong data analyst, strategy/planning leader, and tech leader.

matt (RevOps Co-op): Good stuff Brian! - Now for a "fun" question… What were some of the mistakes made that could've been avoided?

Avoiding the 'shiny new object' syndrome. We purchased too many technology point solutions too quickly. It caused challenges with adoption and utilization because our sellers had too much to digest. In hindsight, I would have moved more methodically and made sure existing tech was firing on all cylinders before buying the next new thing.

Addendum to this question! How often would you say tech solved the problem? Meaning, was the lack of tech the issue, or was it a human element (training, sales skill, etc)?

matt (RevOps Co-op): Oooohhhhhhh very good question, John! Brian, we often talk about tech making things worse, especially when it comes to proliferation of software and systems, but any examples of tech making your life better at Paycor?

Tech will never solve the problem itself. Needs to be technology along with a strong process and training to support it.  And then you need to make sure the tech is maintained, enhanced, etc or it will go stale. When we approach a new deployment comprehensively, it's generally a success. If we buy something and quickly slap it into the environment it's less successful. For example, we implemented Gong and had to train our sellers and leaders on best practices for using the recordings. Without that, the tech wouldn't be valuable.

matt (RevOps Co-op): I've experienced this same problem with Gong before… Tool is incredible, if you just provide logins for folks and never any training on how to best use it, then no one gets value from it.

Agreed. Same thing with a tool like Outreach. It's no good without strong content, sequences, and discipline. I often say "the technology is the easy part"!

We also made the decision to build a CPQ system from scratch on the Salesforce platform instead of buying a commercial product. In hindsight I wouldn't have done that -- custom apps are a pain to upgrade, maintain, and UX is always lacking.

Agree with so much of the above, I can speak to some of those pain points myself...in my last role the sales team literally had 4 different solutions for prospecting at one point in time.

And same thing on the custom systems side....I've dealt with this when it comes to subscription management....such a giant pain, and at some point becomes too painful to even think about moving off the "custom" solution.

How many people are on the sales and marketing teams now?

We have approx 400 sales people and 25 people on the marketing team.

matt (RevOps Co-op): Let's talk about the very first "tool" that we all get handed in RevOps.... spreadsheets ......Did you face a spreadsheet challenge at Paycor and have to migrate from a spreadsheet type of model to a systems / software solution? Or were spreadsheets not a huge issue?

Brian, do you include Customer Success/CS Ops in this HC planning also?

No. Unlike many SaaS companies, we don't have traditional renewals. We have a large customer service org that has their own ops function. My team (RevOps) has sales, marketing, and partner opps.

Regarding spreadsheets, when I joined 7 years ago, everything important was done in Excel. Nobody used CRM for any meaningful reporting. So the data in the spreadsheets were always outdated. From the very beginning with SFDC, we took the mindset that the CRM would be the single source of truth for data. "If it's not in Salesforce, it doesn't exist". On the day we deployed SFDC, we stopped using the spreadsheets as direct sellers and leaders to SFDC for activity reporting, forecast, bookings results, and more. And we haven't looked back!  Sure, we still use spreadsheets for heaving lifting analytics, but SFDC is still the single source of truth.

matt (RevOps Co-op): This is great, Brian! - I know for myself in a past life, I was a RevOps team of 1, with a long list of priorities and things to do and no idea where to start or focus.... I know others in the Community are in the same boat, just getting started on building out their RevOps team and function.... What advice do you have for these folks as they think about just where to start?

I've been in the same boat, too. I soak up content in places like this forum, analyst presentations, and conferences. Then apply your learnings to make your CRO's life easier. Proactively share data that can be used to drive better decision decisions. Suggest technology that can automate processes or solve a real business challenge. Once you start showing the value of RevOps then you can add more resources and people. Easier said than done, I get it. But you can do it!

Proactive is key I think...so much of what we do and are faced with on the daily requires us to be proactive...getting in front of things produces a huge amount of value.

Agreed, and it's what we're focused on now. We have tons of reports & dashboards in Salesforce and our BI tools. But do sales leaders come look at them all? Of course not. So we are taking action to push key data to sales leaders on a weekly or monthly basis. Make it easy for them to consume the data and take action. We're just getting started and the feedback is very positive.

matt (RevOps Co-op): I've seen this problem A LOT myself given the product we're building at Funl and the problems we're solving for our customers so you are not alone and it is a very real one. What are some of the things you are doing to push data to your managers and leaders? Manual process to start, then automate later? New technology? Something else?

Qlik is our BI tool and has the ability to auto send emails on a scheduled basis. So we email a spreadsheet weekly with stack-ranking of activity, bookings, etc. We also manually publish and distribute a monthly scorecard with key metrics for each leader. That's just the start.

Gotta start somewhere, and that sounds like a good place to start. Well, you've got a team of 40 people, have strong buy-in from your CRO and exec team. and sounds like you have good processes, tools and people in place....I assume this means that everything is perfect and you don't have any challenges, right?

Hahaha of course. Plenty of challenges here! Sales communication for starters -- we have lots of people that want to communicate with sellers and we need to standardize on the approach to maximize comprehension and retention. Too many emails and our sales enablement system (Seismic) needs better organization. CPQ is also a pain-point for sellers. And we need to audit/streamline our technology. We have too much IMO. Open to ideas/advice from the group!

matt (RevOps Co-op): What have things been like at Paycor during COVID and the pandemic? And what were some of the changes you made (or didn't make) on the REvOps thing to ensure the company was set up for success in order to get through things?

Lots of change, just like everyone else is dealing with. Complete shift to work from home. Our field sales org was entirely face-to-face and now they're virtual. From a RevOps standpoint, our initial focus was enabling our sellers to effectively work from home. Then providing them with training on effective virtual selling. What we didn't change was our expectations for activity and results. Our business was essentially "back to normal" starting in July -- albeit virtually. So in many ways it's business as usual. 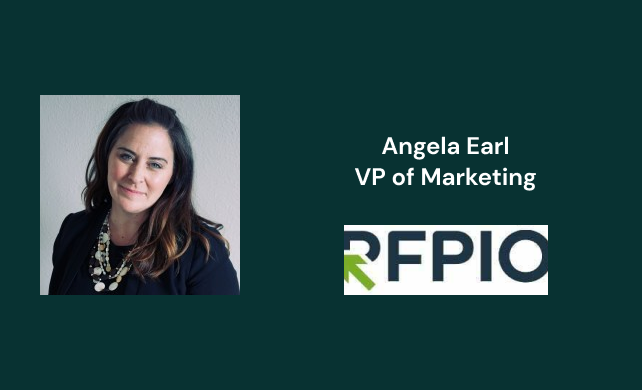 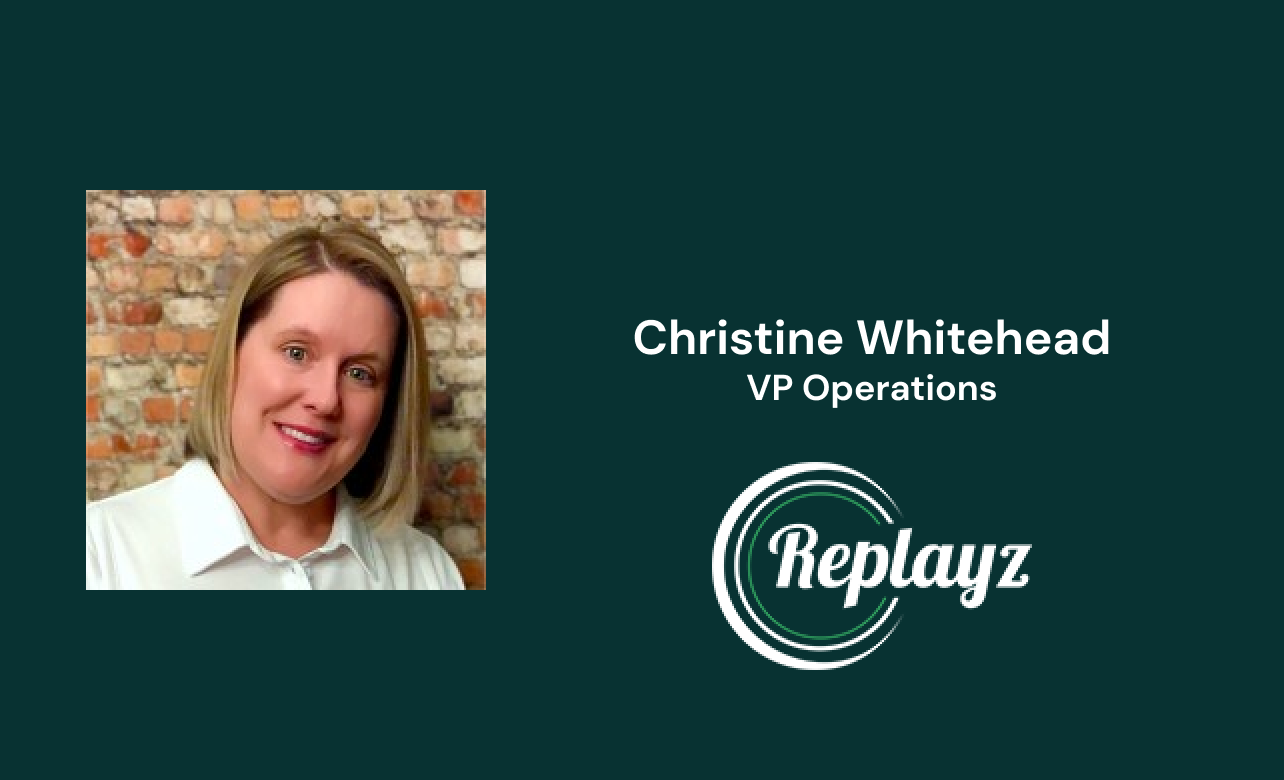 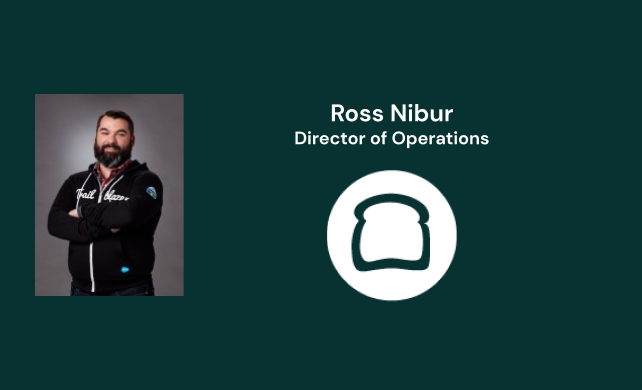