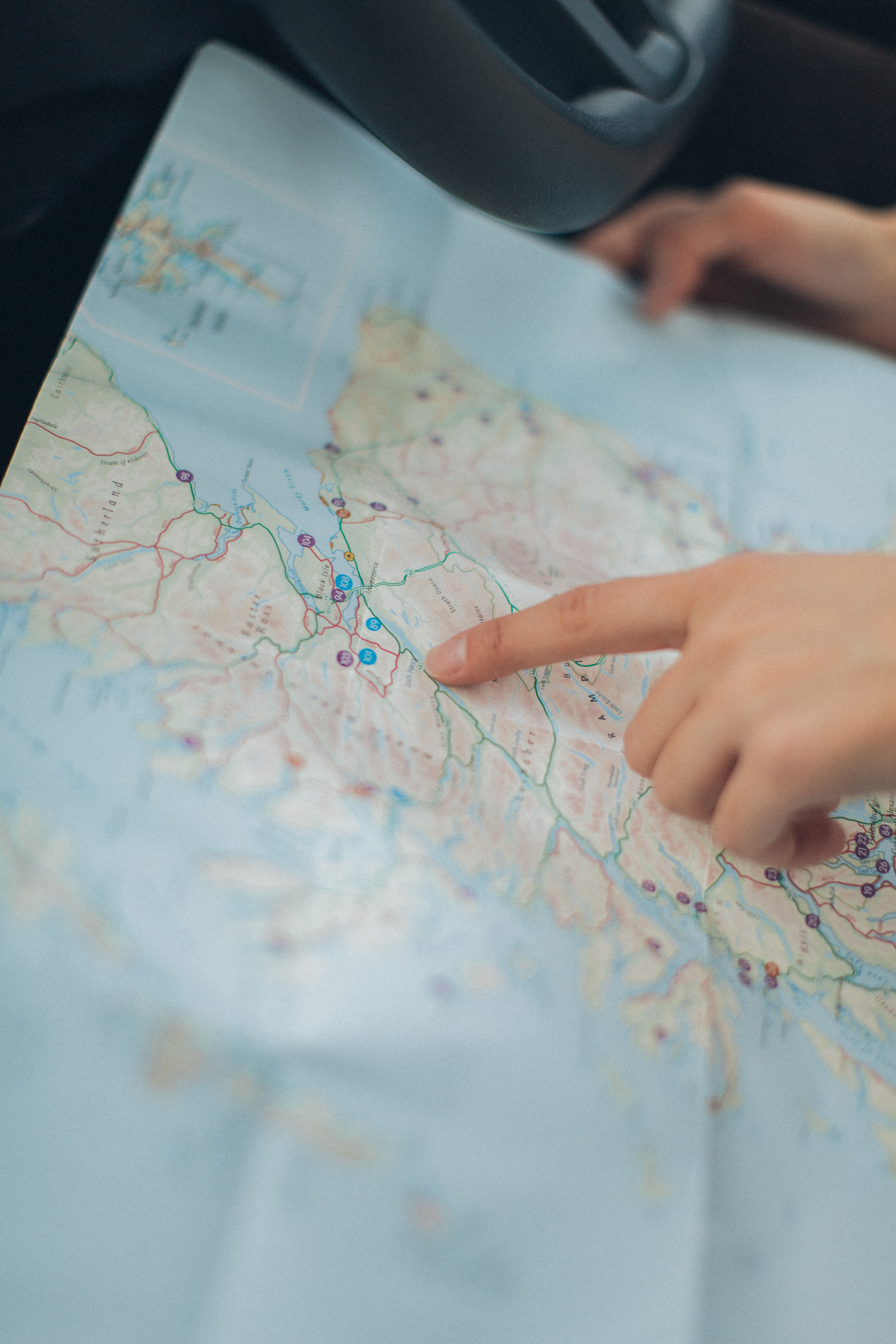 Whether you’re implementing a round-robin inbound rotation, a zip-code-based territory system, named accounts, or a combination of all three, you’re in for some system challenges and touchy salespeople.

To be fair, they have every right to be wary. Territory changes can have a substantial impact on their ability to hit quota. Hopefully, due diligence ensures you’re giving your sales team every chance possible to succeed, but they’ve undoubtedly been burned in the past.

In addition to a comprehensive analysis before rolling out your territories, you can take some additional steps to minimize new territory fallout.

Before the Design Starts

Revenue operations can only do so much to prevent the sales team from revolting against a major change in how your company divides accounts. To make the transition go as smoothly as possible, we recommend that the sales leadership team accept ownership of selling the sales team on the change.

This means your leadership team needs to agree with and support the changes. If you get the sense that one or more sales managers are strongly opposed to the change, collaborate with your VP to get them on board. Host a meeting to review the methodology used to select the territories and build the case for the territories’ viability.

Given a thoughtful approach and the data behind the decisions, sales management can usually be persuaded to support the plan. If they still oppose the plan, determine whether they have information that may help improve your plans.

Ultimately, it should be your sales executive’s responsibility to sell his or her entire team on the change.

Before beginning work on system updates:

Sales managers should begin communicating that a change is coming as early as possible. They should be selling the team on the change and getting people comfortable well before the change takes place. People tend to respond better to a change and be less suspicious when they know it’s coming and have insight into why and how these changes are taking place.

Your management team should also iron out the rules around the transition period. Anticipate that people will want a grace period to close their existing opportunities. Depending on the length of the sales cycle, sometimes one month is given for 100% credit, the second month for 75%, and the third month for 50% credit. After that, you’re poaching in someone else’s territory and will receive zero credit for a sale (unless you’re asked by that sales rep and a split is negotiated with management early in the cycle - which their compensation plan should cover).

If territories are brand new and result in updates to the existing compensation plan, thoroughly document the update on the existing plan and have your management team collect signatures from every sales representative. Even if there are no changes to the compensation plan, but your sales team is transitioning accounts with a grace period, I would still recommend obtaining signatures acknowledging the change and the transition plan.

Complicated territory models are going to be, well, complicated no matter which tool you use. Most tools have limitations on how many rules you can run at any given time, and building custom tools may impact your Salesforce instance performance.

There are some big benefits to using Salesforce’s built-in territory solution. This iteration of territory management has several improvements on the original version.

From an administration perspective, delegated territory management is a great way to offload some of the tedious aspects of account management. Like monthly Named Account changes (not that I’m bitter).

Unfortunately, there are also quite a few drawbacks at this time.

Although Enterprise Territory Management allows multiple models to run at once, there are limits. Developer, Performance, and Unlimited allow four models while Enterprise only allows two.

I mentioned delegated territory management, but they haven’t figured out how to get it to work in the mobile app yet, even for people with the Manage Territories permission.

Those drawbacks aren’t ideal, but here are the big issues:

OH, and be sure to check if specific formats are needed to manage geographies because that will have a serious impact on any integration that feeds account, contact, or lead data (like your marketing automation tool).

On second thought, you may be better off building your own or investing in something like LeanData.

There are several fans of LeanData in the Rev Ops Co-Op. As a former user, I see the appeal. LeanData territory management allows users to easily build a workflow-style territory mapping to route accounts, leads, contacts, and opportunities (which are more supported objects than Salesforce!).

LeanData’s flexibility is impressive, allowing users to reference multiple fields or field types when building a territory. The Round Robin tool is also very easy to use.

The only drawback is the price. Flows allow administrators to accomplish the same logic at a fraction of the price. It is worth looking at the speed of LeanData versus Salesforce Flows. The more complicated your models are, the more taxing Flows are on your processing time.

Since it’s been a while since I’ve personally used LeanData, I recommend you speak with a sales representative about pricing, limits on territory models run at one time, and limits on fields they can write to (but I would say this about any product). Another big benefit of LeanData is its ability to merge duplicate records and set up rules around data hygiene.

There are other tools out there that help with routing, including SPOTIO, Ringlead, Geopointe, Kicksaw (for Round Robin specifically), Decisions on Demand, or Realzips. Be sure to do your research and ask each vendor how many territories you can run, the limitations (number of zip codes supported, limited to specific fields, etc.).

Marketing Automation Platforms (MAPs) have serious limitations but can be handy for inside sales routing or inbound-based routing.

The big drawback to using major MAPs (like Marketo) is that they lack an account or opportunity object. This makes routing to field/full cycle seller exclusively through MAPs a total pain in the patooty. You would need to leverage custom objects, which have the reputation of not working well.

MAPs should only be used for inbound lead routing, if at all.

Salesforce has significantly improved its flow functionality. More objects can be referenced, more data can be stored through a process and passed along to new objects, and it’s fairly simple to prioritize rules.

Even complex territories can be managed using additional tables that store data. For example, if you have a territory model that uses geographic data spanning zip codes, states, and countries, reference tables can be set up in Salesforce for each type of data with multiple users referenced for various roles.

You will want to monitor processing time and the impact the model has on your end-users (if any). I set up some models years ago as a “temporary” fix after canceling LeanData that are still in use today. The flexibility in logic and prioritization is hard to overcome.

The most annoying part of using logic-based flows is that they are triggered on an event, which means your initial territory assignments will either:

Regardless of how you feel about Salesforce, their Trailhead is an amazing resource. I highly recommend reviewing the information on account teams, territory teams, territory best practices, and lookup fields before deciding how to build out any solution.

Assigning an account team does not assign an account owner. Since the Owner field is one of the more accessible fields in communities and partner portals, I recommend putting some thought into which role fills the owner role. Is it the account executive when the account is a prospect? Does it change to an account manager when they’re a customer?

Have your management team think through engagement best practices. As a buyer, I don’t want to have to sort through seven contacts at a vendor’s company, and I certainly don’t want to deal with multiple people sending me sales emails.

Encourage a single point of contact and assign them as the owner to minimize external (and internal) confusion.

This was mentioned earlier but is worth stating again.

If you use any tool that requires Salesforce State and Country Picklists, work with your marketing automation administrator to make sure any data coming in from your MAP matches these formats. Otherwise, your integrations will fail, and that could mean your sales team misses important leads or CRM has stale data.

Your sales management team should be leading the charge with socializing any territory changes with their sales team. They should also write up rules around territory transitions. Once this is done, I highly recommend that they have the sales team sign an acknowledgment of the new territory plan and open opportunity close date deadlines.

Once the initial announcement has been made with sales, you can plan communications to support your system rollout. This should include when changes are scheduled to take place (so they know when the system may lock them out of a record).

You’ll also want to announce when the changes are done and how to escalate any issues. And don’t forget to run your report of open opportunities prior to launching the changes!

When you communicate the final update to sales, encourage them to give specific examples if something is “broken.” Screenshots are to be encouraged! The closer you can get to a record ID, the easier it is to track the issue.

Trust me—you don’t want 40 emails (or even two emails) that “territories are broken” with zero elaboration.

Good luck, and let us know if you have additional questions! 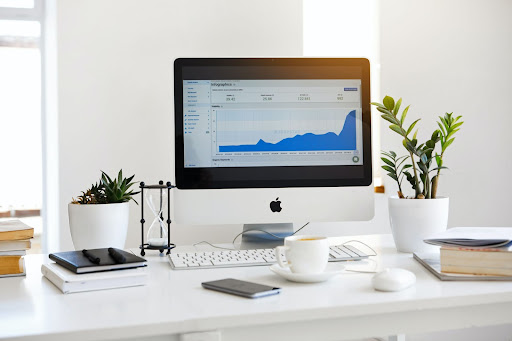 Vinyl Sets the Tone for this RevOps Professional

A day in the life of Demar Amacker includes jazz on vinyl, coaching team mates, quarterbacking projects and looking forward to team social time on Thursdays 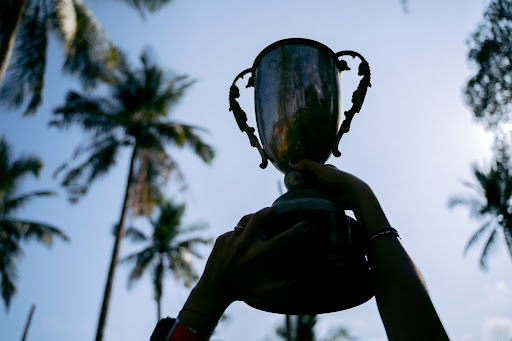 Getting the right people to apply for a RevOps role isn’t nearly as hard as narrowing those candidates down to The One. These interview questions can help. 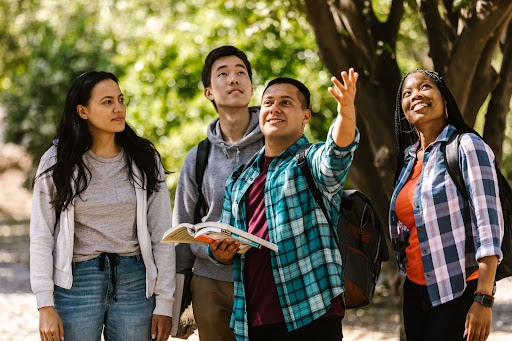